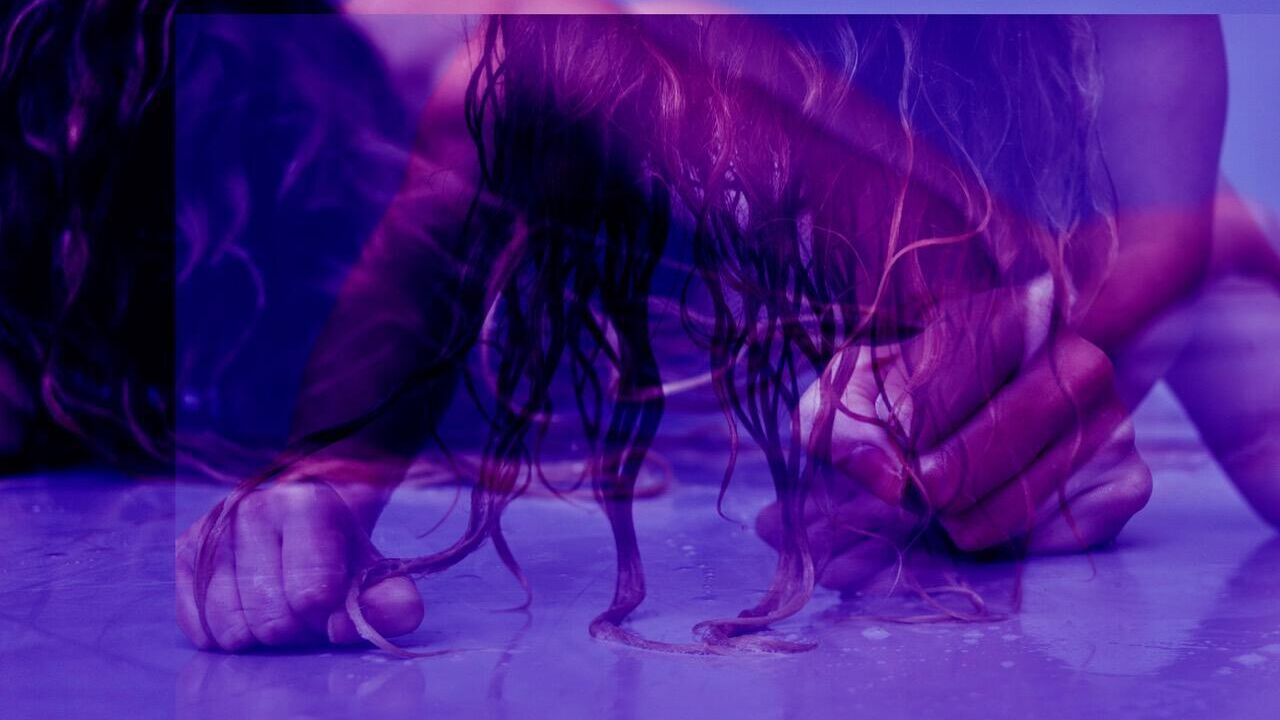 Deep Nyx is a glitched, fallen concert. On a constant drum soundtrack, Nyx switches between playing drums and herself, between identifying with Prince and a drumstick. As the body moves between object and subject, it submits to violence and rejection, sensation and sensuality. Striving for ecstasy, with the limitations of self-production: every aspect of Deep Nyx is made with bare hands – drums, dance, sound. With the help of instruments and tools around her, she always reaches for high intensity, without ever reaching a visible climax. Inspired by Prince's Baby I'm a Star, Ursula Le Guin's sci-fi novels and Luce Irigaray's oeuvre.

Mooni Van Tichel is a performer and maker from Belgium. Her first contact with dance was in hip hop and breakdance, and while dancing with her crew she learned as much as possible about street styles and their surrounding culture. Later she discovered contemporary dance, which eventually led her to P.A.R.T.S. There she completed the Training Cycle, a course focused on performing dance, as well as STUDIOS, a master in creating work.

Created as part of the masters program STUDIOS (P.A.R.T.S.)